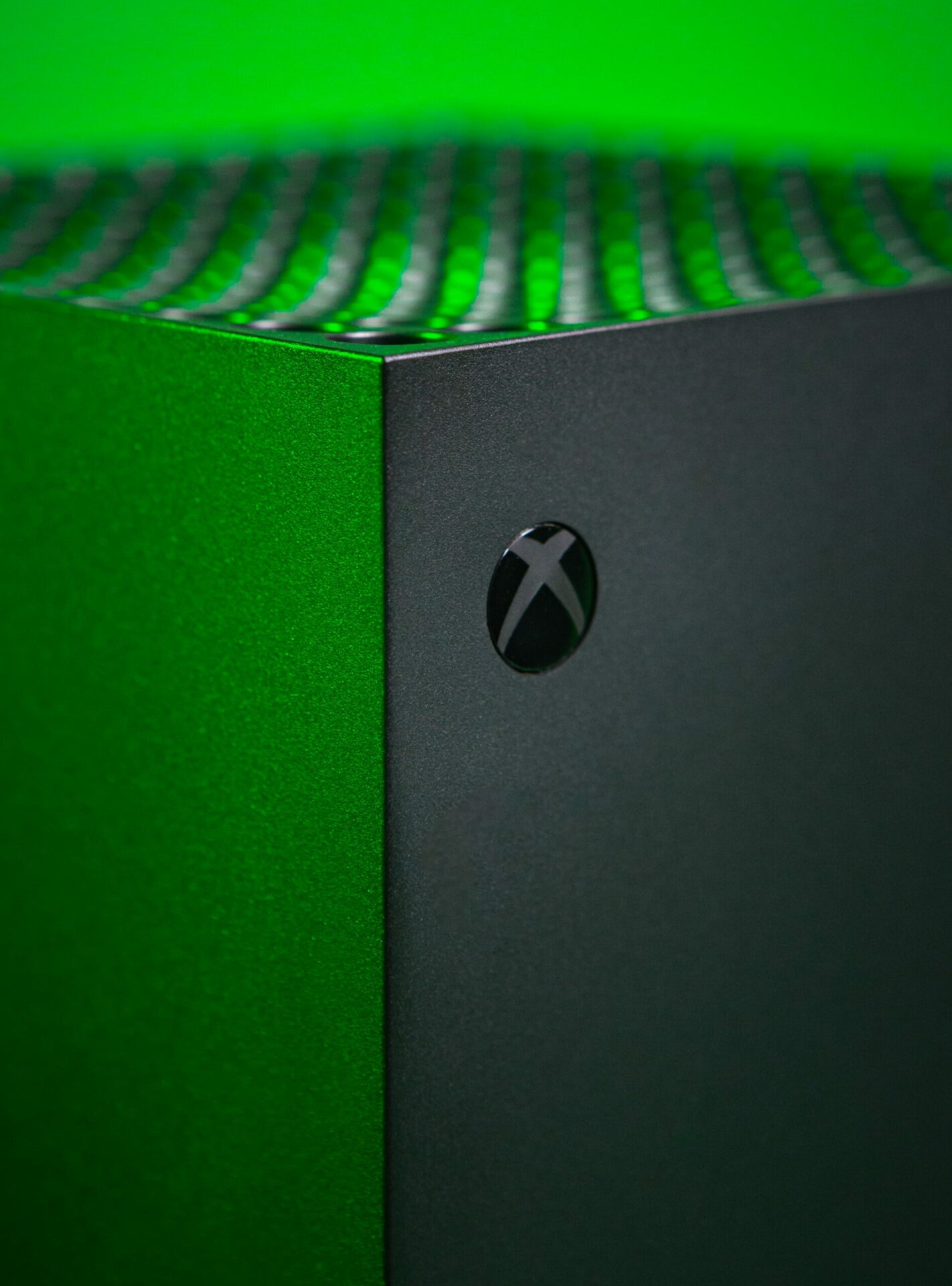 Home
How To
Games

One of the top console manufacturers in the world is Xbox, which Microsoft owns. Xbox is available in a number of series, including Xbox360, Xbox360s, Xbox Series X, Xbox Series S, Xbox One X, and Xbox One S.

Despite being one of the most user-friendly and optimised console firms in recent years, its users have encountered an unanticipated problem. Xbox users across the board have been perplexed and confused about the intricacies of 0x87e11838 Xbox error code’s causes and solutions.

This is very frustrating as until the mistake is repaired and the user or Xbox makes an effort to take care of it, the screen will be there. However, with this article’s help and Xbox support, you’ll be able to take care of this issue in no time.

What Causes The Error Code?

Players that attempt to start a game on their Xbox run across the issue. It appears when a game is unable to synchronise the game data on your console with information on the servers, according to Xbox Insiders familiar with the error.

As a result, server issues are the cause of this difficulty. It is also linked to issues with licensing since sometimes the Xbox may think that you’ve illegally obtained a game due to some error. It can also be due to a networking or configuration problem since sometimes unstable Internet can cause issues, and it’s easy to run into issues when that happens.

How To Fix The Xbox Error Code?

Although the issue is persistent and some users find it difficult to get rid of, however, that’ll change after reading this article since we’ll show you a multitude of ways to fix it. Here are the 10 of them listed:

Since this error has to do with connectivity issues, it is very likely that it actually has not much to do with your end. Make sure that the Xbox servers are live. It isn’t very likely, however, that the servers do get taken down for maintenance. You can easily check the status here.

Once again, we’re trying to root out any and all connectivity issues. You can check if your Internet is working fine since slow Internet can often lead to various different issues. Unstable or an internet connection that is not up to par is a huge issue, especially in third-world or developing countries. Therefore it is integral that you make sure that there are absolutely no issues with your Internet and that it is stable. You can run a speed test here.

Clear Cache On The Xbox

A huge reason for this can be unrelated data interfering with the data on the Xbox console. The cache is a special storage space where you can temporarily store files, ensuring that your device runs uninterrupted and more efficiently.

However, at times, this data can interfere with other unrelated data and cause unwanted issues. Here’s a step-by-step guide to clearing your cache on Xbox:

Since we’ve established that connectivity issues can also cause you to suffer from the 0x87e11838 Xbox error code, therefore it is important to make sure that your connection with the Xbox server is as good as possible. Sometimes, the connection that you do get is a bad one and therefore, it is advised to manually sign out, and then sign back in again.

Trying To Do An Offline Update

You can upgrade your Xbox Series X|S or Xbox One console by downloading a file to a USB flash drive and then installing that file straight onto your console via the Xbox Offline System Update (OSU) procedure. You’ll need the following to use the Offline System Update: a Windows-based computer with a USB port and an internet connection, along with a USB flash drive having a minimum of 6GB of space, formatted as NFTS.

The majority of USB flash devices are initially formatted as FAT32 and must be converted to NTFS. Note that performing this operation on a USB flash drive will wipe all of the files on it. Before formatting your flash drive, make a backup or a transfer of any files on it.

Here’s how you can format the files:

The console restart could take a while. Reconnect the network cable if you were utilising a wired connection to the console. You will need to establish a connection at least once during the system setup procedure if you have never used your console to access the Internet.

The console will restart once the update is finished, and the Home screen should appear. Your console is now up to date if this occurs! The USB drive can be taken out of your console.

Once again, this fix targets the licensing issues, as sometimes, when you’re sharing games on Xbox, it can cause unwanted bugs and issues. To avoid these issues, it is always suggested that you try to log in with the account that actually bought the game in the first place. By doing this, you ensure that there are absolutely no licensing issues since you’ve bought the game using that account.

Cloudflare has declared that it is offering a free domain name service (DNS) product that is designed to prioritise speed and privacy. When it comes to determining the location of domains, Google and a select few other providers provide DNS services that are often quicker than those offered by your ISP.

However, if you don’t want your web traffic to be monitored, utilising Google’s DNS is probably not the best solution, especially at a time when privacy is steadily being destroyed. In some nations, ISPs are also permitted to collect personal information for the purpose of selling it to other parties for marketing and ad targeting.

Here’s how to adjust your Xbox One’s default DNS and (maybe) speed up your multiplayer connectivity, whether you want to utilise Cloudflare or another provider:

Sometimes merely disconnecting and replugging the power cable to your internet device will fix error codes, such as 0x87e11838 Xbox error code. Your device will restart as a result, and any problems on the device’s end will be fixed.

You can also try to reset your internet device if restarting it doesn’t work. Pressing the tiny black button on the device’s back will accomplish this. By pressing this button, the default settings on your device are restored. This fixes 0x87e11838 Xbox error code.

The device will appear to turn off after 10 seconds of sustained pressure on the tiny black button. Update your Xbox once more after all the lights come on and the internet connection has been restored.

You can physically do a power cycle; you can do this by doing the following:

Repeat these procedures if you don’t see the green boot-up animation when the console restarts. Hold the power button down until the console turns off completely.

If all else fails, you can try restarting your console the good old-fashioned way and hope that that takes care of the issue.

If none of these fixes came in handy, then we’re afraid you’ll have to wait for the Xbox team to release a patch that’ll take care of your issue. These errors are inevitable with as many users as Xbox has to support, and it’s impossible for them to weed out all of the issues like 0x87e11838 Xbox error code since taking down one means another pops up.

What's The Maximum Amount Of Time I Can Leave My Xbox On?

It's okay to leave it on for about 6-7 hours. Xbox requires a break from using every electronic item to cool down. However, leaving your gaming console on for one night does not guarantee that it will immediately malfunction or become too hot.

What Does It Mean If My Xbox Game Is An Anywhere Title?

Digitally acquired Xbox Play Anywhere games are yours to play on both Xbox and Windows. The game will appear in your game library whenever you check in after you buy it through the Microsoft Store on your Xbox or Windows device.

Can I Play Games Offline On My Xbox?

Some elements won't be available if you play the game offline, including leaderboards, buying more products from the Microsoft Store, and using the Xbox network's advantages.

So there you have it, folks; there are ten ways you can fix the 0x87e11838 Xbox error code. Chances are, if you’re here, then you probably have run into other issues of the same kind. If you’re facing another prevalent problem of the Xbox Error code 0xe0e800f, here’s our article on how you can fix that. Have fun!