Home
How To
Games

BLCMM (Borderlands Community Modding Manager) is the heart and soul of the Borderlands Modding Community, being the leading modding software for Borderlands 2 for the longest time. It can help with installing and customising mod packs for when you’re tired of playing the vanilla base game.

The software itself can be a little tricky to use but mastering it is definitely worth the time as it opens up endless opportunities. However, after a recent update, even the most seasoned users recently encountered an annoying bug that rendered the program basically unusable. This error has been termed the “BLCMM Hexedit executable error.

Borderlands Community Modding Manager is a hex editing tool that can analyse and run code in hexadecimal. This is extremely important and useful when it comes to modifying and taking care of data since displaying data in the form of hexadecimal is a lot simpler and very versatile.

However, it must be noted that one must set their own hex decimal values when it comes to this as it can vary from person to person.

This happens when the BLCMM application hasn’t been hex edited properly or at all. This is crucial when coding since one cannot modify the data without hex editing.

The recent patch reverted the hex editing that the application used to do for you. Previously, the application would automatically hexedit the data for you, and you did not need to do a lot of manual editing.

However, now it needs to be done manually now rather than relying on the application itself. It is unclear as to why developers did this, with some speculating that this was done to optimise the software for older and less powerful machines.

Before we start, make sure that the version of borderlands that you’re running is the official version and not the cracked one. Piracy is a crime, and cracked files do not support BLCMM’s full functionality.

The simplest way to hexedit your files automatically is to use the Borderlands Hex Multitool. It is important to note that there isn’t one particular way to go about this. The reason for this is that for Borderlands 2, the values are different for each version. However, there are certain guidelines that you can follow to minimise running into any errors: 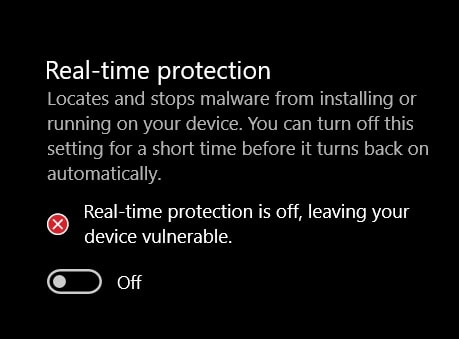 4. A message saying “catastrophic failure” most likely means that you’re trying to open a shortcut instead of the games .exe directly.

5. Make sure that you have .NET framework 4.5 installed in order for this to work smoothly since the Multitool requires this to work.

The tool in its work is similar to BLCMM, with the mod organisation being absent. You can test your hex values and continue to do so unless the BLCMM Hexedit Executable error occurs again.

Java is an object-oriented, class-based programming language and a computing platform primarily used to run applications that make use of a single device like a phone or a desktop. These days it is unlikely to run into a program that does not use Java, and BLCMM is no different either.

BLCMM will not run, and it can show the hexedit executable error if you have not installed Java. Other times, Java can be corrupted and can cause issues and bugs for the user. In order to patch this, we suggest that you reinstall/install Java, and many users have reported the issue being fixed after that. To do this, click here.

This is perhaps the most effective way to ensure that the issue gets resolved, although it is a bit cumbersome. Fear not, however, for here’s a step-by-step guide on how to do this:

First, we must enable the console, as it will allow us to view the data.

5. Next, you’ll want to download a hex editor. After that, right-click your Borderlands2.exe file, and select “Hex Edit with Hex Workshop.”

Now that we have the console enabled let’s edit the data.

If you’re having trouble following the first 6 steps and it is not working, here is an alternate method to enable the console:

This will enable the console whenever you press the tilde button, which is to the left of the button ‘1’ on the keyboard, underneath escape. Upon pressing backslash, the console will be opened with the command line. Now you can follow the next 6 steps in order to fix your issue.

This method is in fact, daunting, and messing around with it, especially without knowing what you’re doing, can mess up many files; therefore, we’d suggest sticking to this guide and not experimenting unless you fully know what you’re doing.

Although obvious, it is still worth a shot to reinstall BLCMM. Sometimes the files may get corrupted, and other times you might have missing files since the antiviruses can oftentimes rid even useful files, especially when it comes to third-party software like BLCMM, which can change and manipulate data. Therefore, it helps to reinstall it to avoid any crashes or errors. You can install it again from here.

Finally, if none of these solutions works for you, it is recommended that you wait this out and wait for the developers to resolve this issue. The bug started with an update, and hopefully, it is laid to rest with an update. The developers should be working on it by now, considering this is a widespread issue many users have consistently faced. This is usually the case with community-driven passion projects, often managed by only a handful of people and not an entire team; thus, debugging can take a while to perform.

What does a hex editor do?

A hex editor is software that can run and view hexadecimal files. Hexadecimal files are responsible for holding binary code, with are the building blocks of any editor. The name 'hex' comes from hexadecimal which is a way to represent data.

What is hex editing?

These editors allow us to break down the content that is displayed by the higher-level languages and diagnose problems at the very building blocks.