Home
How To
Windows

Overheating CPU? We have the solution!

What Is The “CPU Over Temperature Error”?

Essentially, “CPU over temperature error” occurs when your computer exceeds its heat capacity and is unable to bring the temperature down using existing software or hardware. The computer may freeze, restart, or even shut down if this error occurs. It may occasionally also harm the CPU directly. It’s crucial to keep a computer system’s hardware cool, especially the CPU, GPU, HDD and other more active components.

A high workload might cause systems to overheat. The system may have even more issues as a result of the CPU’s persistent overheating. In Order to protect your equipment from possible damage, the system needs to be cooled.

Why Are You Getting The “CPU over temperature error”?

Generally, this kind of error happens when your CPU produces a lot of heat and your CPU cooler is unable to remove that heat. Therefore, your CPU’s overheating and the CPU Over Temperature error could be caused by a variety of factors; 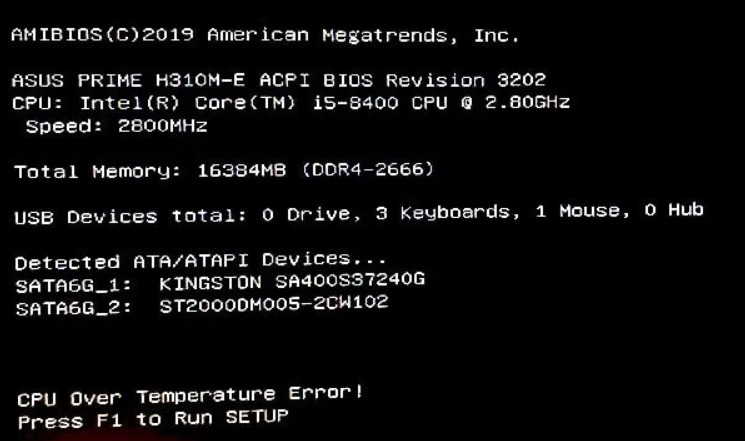 The computer may completely malfunction if the temperature becomes too high. This is particularly valid for the CPU in your computer. It is crucial to confirm that the temperature of your CPU is within a reasonable range whether you own a computer or laptop. As more processes are demanded of CPUs, their temperatures will increase.

How Can You Fix The CPU Over-Temperature Error? By overclocking, you can make your computer run faster than it was designed to. Although overclocking is generally safe, it is possible to experience overheating and crashing problems. Your CPU should stay consistently cool if you get an excellent heatsink/CPU cooler combo.

The performance benefits of overclocking your CPU are undeniable, but the additional heat generated is also a drawback. Additionally, if you are utilizing a poor-quality CPU cooler, there is a potential that your computer will give you an over-temperature error on startup.

High levels of dust accumulation might raise the temperature inside your PC case. The temperature rises as a result of dust absorbing more heat. Dust accumulation, in your case, can impair fan efficiency and reduce airflow, which prevents your CPU from receiving the necessary cooling and showing the over-temperature error. A crucial aspect of keeping your computer maintained is routinely cleaning the dust out of it. Furthermore, if you use a laptop, it is even more crucial because these devices are smaller and already have limited ventilation, making any additional limits brought on by dust accumulation extremely detrimental to the temperatures of your CPU. 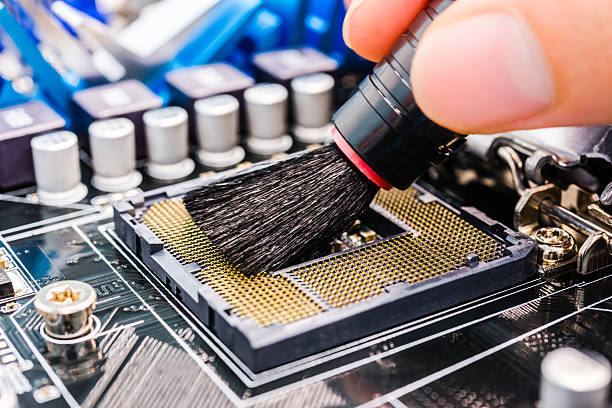 Therefore, it is preferable to use a fan blower to clear any dust that may be present inside your PC case. To clear the dust that has accumulated inside your CPU heatsink, you can also use a compressed air can.

Understanding the distinction between air cooling and liquid cooling, the two primary methods used to cool CPUs, is also helpful. Thermal paste is used to affix the fan-equipped heatsink to the CPU in air cooling. Heat is released when the fan operates. This is the most typical configuration, which explains why the fan starts to run more vigorously as CPU usage rises.

Small shrouds are used by liquid coolers to connect to the CPU. To assist in cooling the CPU, add liquid coolant through radiators and tubes. In order to remove any heat that has accumulated, a fan is linked to the radiator. You can also increase the speed of exciting fans to allow better regulation of airflow through your computer.

The CPU fan speed is typically set to Standard in PCs. and based on the CPU temperature, it will alter the fan speed. Working, watching streaming videos, and using the internet are all possible without any problems. However, if we run demanding programs, the temperature increases, at this point, turning up the fan speed will aid in lowering the temperature.
Changing the fan settings in BIOS is one of the many ways you can modify your device’s fan speed. You can’t access it directly from Windows because it’s integrated within the motherboard.

To enter the BIOS menu, follow the steps below:

1.Click on the settings option at the start menu to open your PC settings 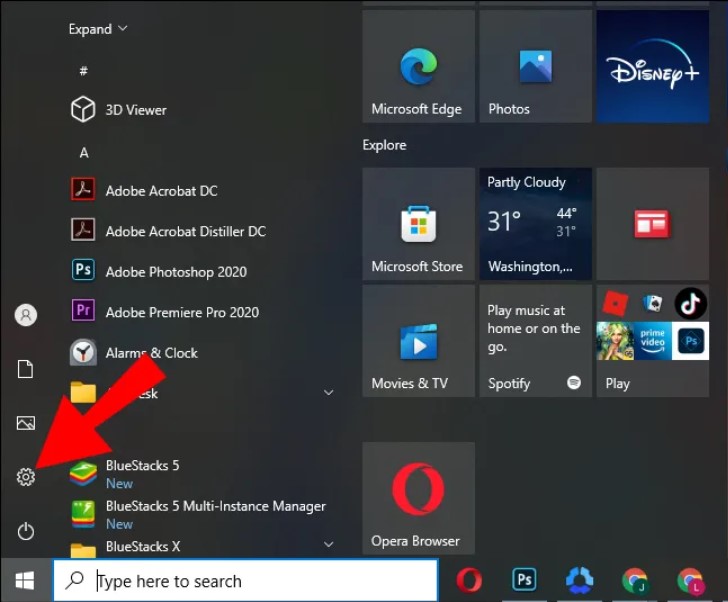 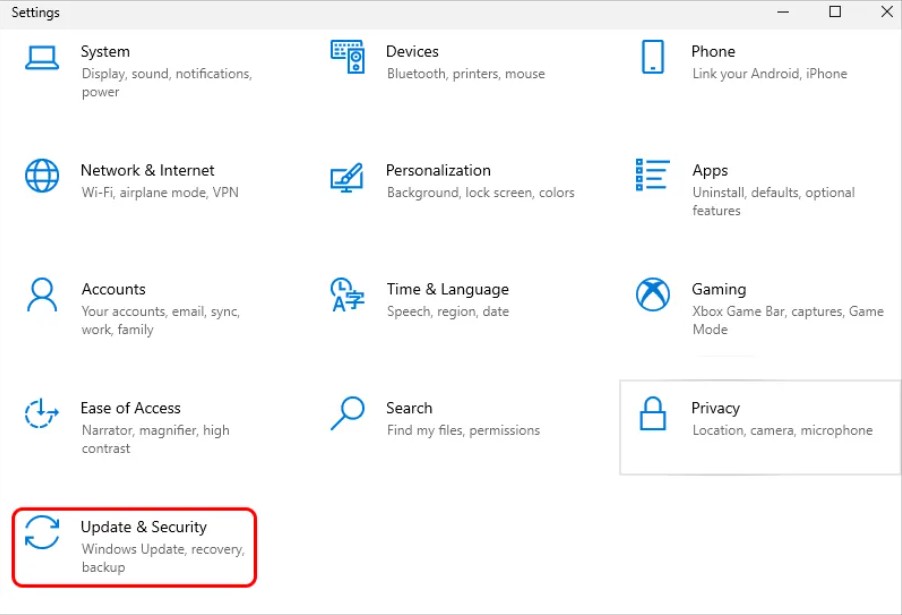 From the choices on the left, choose “Recovery.” 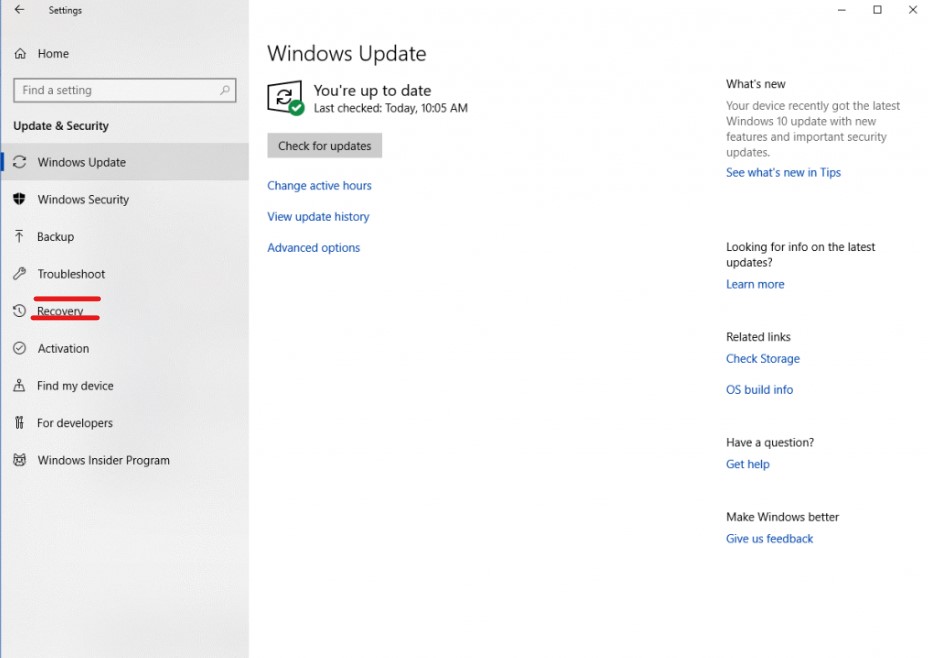 From “Recovery”, Select “Restart Now” under “Advanced Startup.” A new menu will appear after your computer restarts. 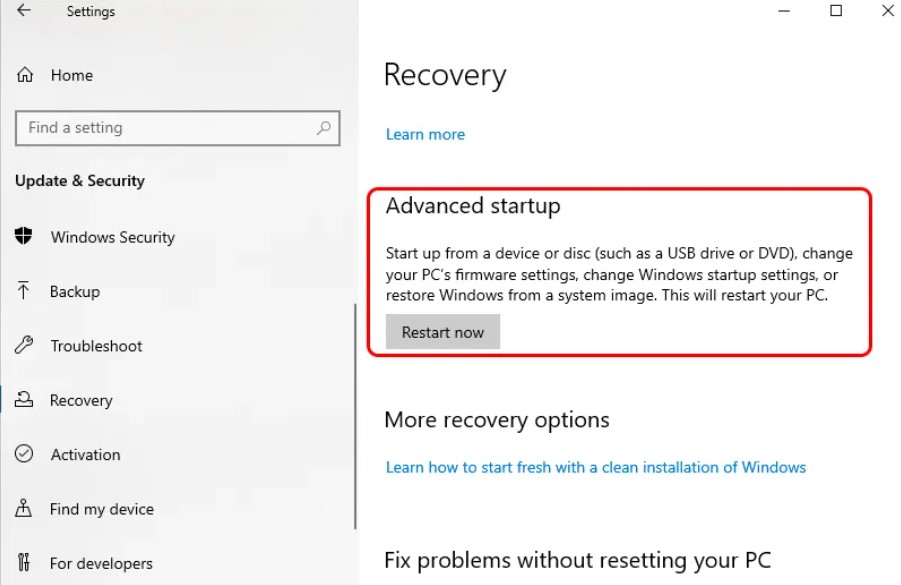 On the pop-up menu, select “Advanced options” and then “Troubleshoot.” 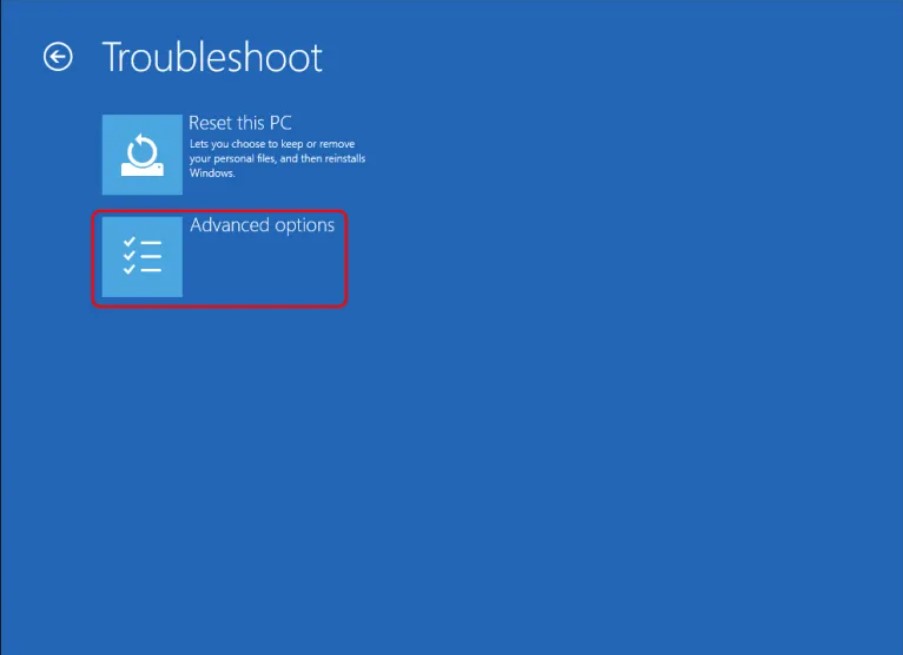 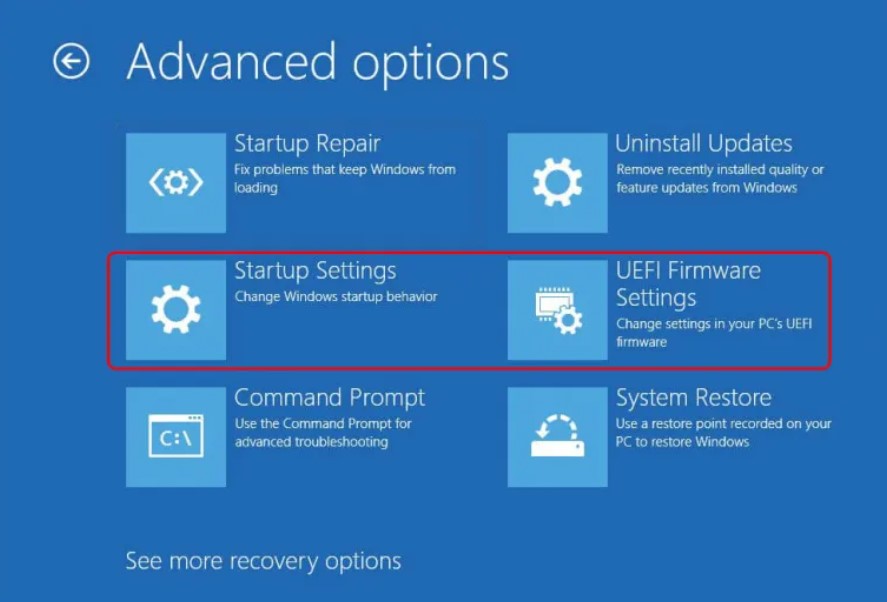 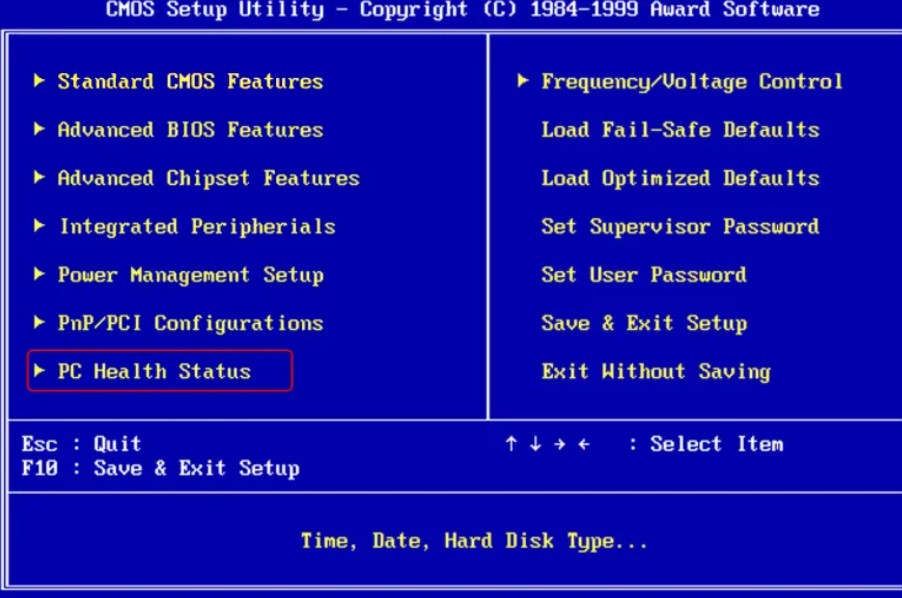 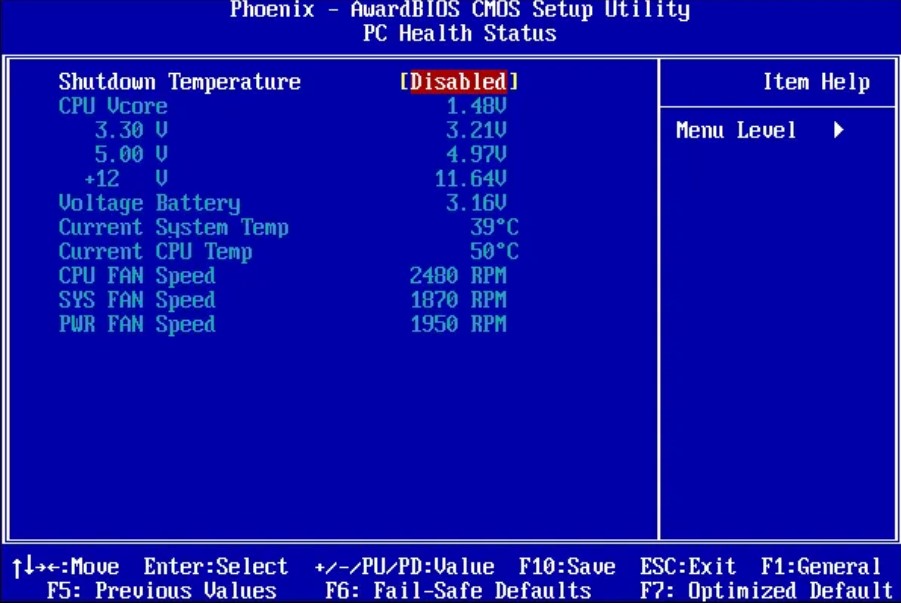 You can modify the following components once you’re in the fan settings:

Although air cooling may be economical and simpler to maintain, there’s no denying that liquid coolers are more efficient and quieter.

Most thermal pastes come in 3 compounds: ceramic, liquid and silicon. However, it would be preferable if you went with a ceramic thermal paste. It is more affordable and is not conducive; hence, safer to use a result. A pea-sized amount should be sufficient.

But liquid metal thermal paste offers an even greater temperature drop. These, however, call for due care as they are highly electrically conductive. The thermal pads already have silicon thermal paste pre-applied to them, Which you may position in between the processor and heatsink.

Another reason you might be facing the CPU over temperature error is that operating your computer in a warm area occasionally causes your computer’s case to generate additional heat. The cooling process is slowed down by the hot, humid air, despite the fact that the fans installed on your PC case are doing their job by pushing fresh air from one end and pushing it out from the other.

The Task Manager on Windows 10 or 11 displays which programs are the most demanding and intensive. You can access the task manager by pressing Ctrl-Shift-Esc or by right-clicking on the windows icon on your taskbar >task manager > Processes. 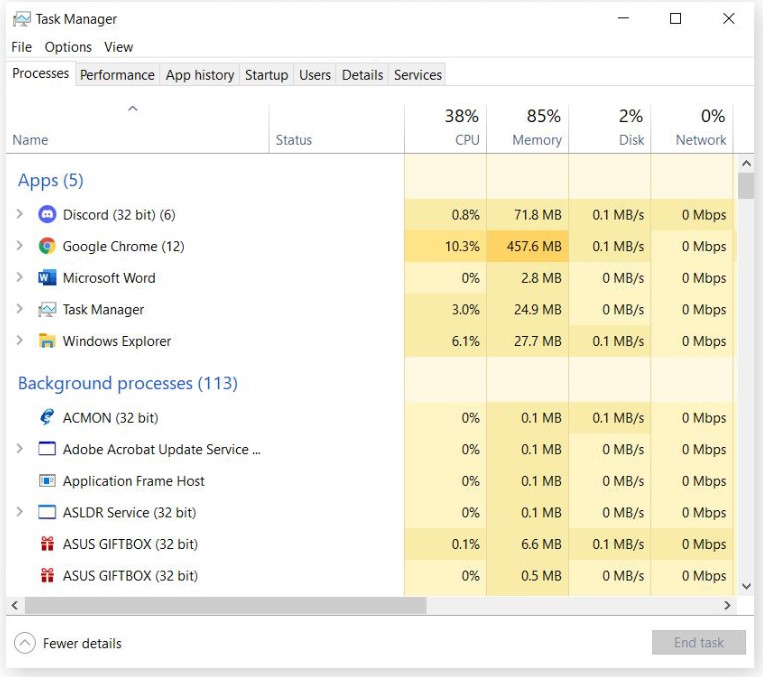 Try and avoid using more than one resource-intensive app at once to avoid PC overheating. Reduce the number of tabs open in your browser because each additional tab uses more RAM, especially if you’re utilizing web-based applications or playing video games. The more RAM and power an application consumes, the more heat your CPU will generate.

Improper placement of the heatsink

A heatsink is a metal component that rests on top of a CPU and other such computer chips and dissipates heat by allowing it to rise via a series of fins. In order to to achieve maximum cooling, a heatsink must make firm contact with the source of heat.

The enormous quantity of heat generated by the CPU cannot be dissipated by a heatsink that is not properly installed. To reposition the heatsink on your CPU, unscrew it and then reinstall it so that it touches the top of your CPU.

When should I be worried about the  CPU over-temperature error?

If you occasionally experience the “CPU Over Temperature Error” after an extended gaming session. Consequently, you shouldn’t worry about it. But when using a PC or laptop normally, this error message frequently appears. Such when working on a browser or watching a YouTube video, then We would suggest following some of the above-mentioned steps to bring the temperature down.

The CPU temperature should be between 75 and 80 degrees while you are gaming. However, the recommended temperature range for light operations like watching films or editing documents is between 40 and 60 degrees. Consider applying some of the above-mentioned fixes if you discover that the temperatures are frequently running higher than these for extended periods of time.

If you experience the CPU over temperature error on startup

There may be various reasons for this; the thermal sensor on the motherboard might have failed or may not be working properly. The fans may not be spinning at a sufficient speed or may be disconnected. The thermal paste might have dried out and may need replacement. Another way you could prevent the over-temperature error on startup is by cleaning out the dust from your device or by giving it a couple of hours to cool down after constant usage.

A relatively frequent issue affecting most PCs sometimes is the CPU over-temperature error. Sometimes, it can be disregarded without endangering the components of your motherboard. However, they should not be ignored if they occur regularly under normal circumstances. Your computer needs routine maintenance to remain in top condition.

Computers, like all other devices, benefit from routine cleaning. Fortunately, you can also try a variety of software and hardware remedies to resolve this problem or if you follow the suggestions above.

Your PC’s functionality and longevity depend on your CPU being within the suggested and safe operating temperatures, which will also keep it from turning into an expensive smoke machine. The majority of your PC hardware falls under this category; the colder it is, the longer it should survive. As a result, keep your PC safe by monitoring the temperatures.

If the issue still persists, you might need to get a better cooling system or replace your CPU cooler. The CPU itself may occasionally be also defective and may require replacement.