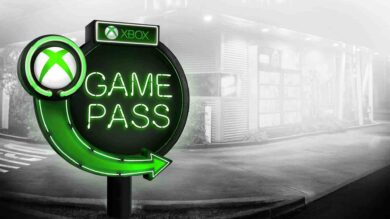 Recently, Xbox Game Pass has gained a lot of popularity because hundreds of Xbox games can be enjoyed for a very low monthly subscription cost. According to reports from Microsoft, Game Pass has over 25 million subscribers and is growing day by day. More games are being added to the Game Pass on regular basis. Beloved titles like Persona 5 Royale have also been recently added.

According to the LinkedIn profile of the Senior Content Planner for Xbox Game Pass, Ben Favreau, Microsoft has worked on deals of all sizes, from less than $1 million to more than $100 million.

Not too long ago, it was revealed that Microsoft allegedly paid $5 to 10 million to bring Guardians of The Galaxy to Game Pass. This was seen as a shocking revelation, but it looks like this was a small investment from Microsoft. As the image shows, Microsoft has secured deals that cost approximately 10 times as much money.

Recently, major titles have hit Xbox Game Pass. New releases like Scorn and Pentiment have been added to the service, while titles like Battlefield 2042 will soon join Game Pass. All of this adds up to an excellent offering for the customer, but it looks like it comes at a huge cost to Microsoft.

Additionally, services like EA Play are currently included in Xbox Game Pass. Perhaps Microsoft spent a huge sum of money in an attempt to get these big titles added to Xbox Game Pass.

Xbox Game Pass is relatively cheap as the highest-priced plan is approximately $15 a month. This price is not that huge and it is surprising that Microsoft can spend as much as $100 Million on Xbox Game Pass deals.

What do you think about Microsoft spending  $100 Million on Game Pass deals? Is it worth it?