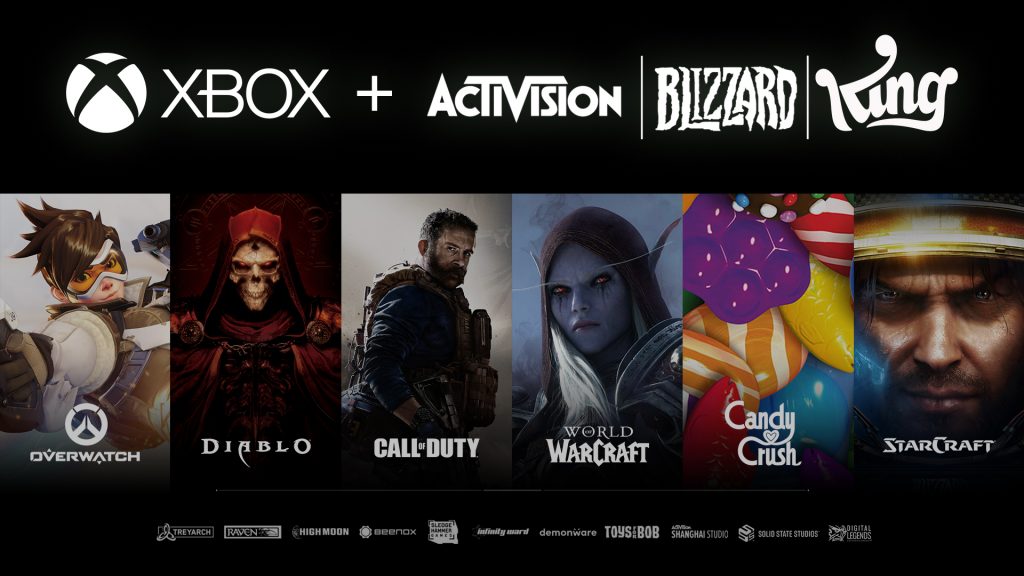 2 out of 8 countries have approved Microsoft's acquisition of Activision Blizzard in the past 9 months.

On January 18, 2022, Microsoft signed an agreement to acquire Activision Blizzard for a whopping $68.7 billion. This is the biggest acquisition in the gaming industry, followed by Take-Two interactive’s acquisition of Zynga for $12.7 billion in the same month.

Activision Blizzard is one of the biggest gaming companies known for its IPs like Call of Duty, Crash Bandicoot, StarCraft, Warcraft, Overwatch, Diablo, and Candy Crush. Sony wasn’t exactly too happy about this acquisition, fearing that this deal could result in lesser competition in the gaming market overall. The deal isn’t finalized yet, and we’re still months away from the outcome.

Saudi Arabia became the first country to approve Microsoft’s Acquisition of Activision Blizzard on October 23, 2022. Saudi Arabia’s General Authority said it has “No Objection” against the buyout.

Shortly after, Brazil also approved the deal on November 5, 2022. CADE, the regulatory body of the Brazilian government responsible for investigating and deciding, said that it had no responsibility to protect the particular interests of a company. Here’s what they said:

“It is recognized that part of the users of PlayStation consoles (from Sony) could decide to migrate to Xbox if Activision Blizzard games – and especially Call of Duty – become exclusive to the Microsoft ecosystem, SG/Cade does not believe that such a possibility represents, in itself, a risk to competition in the console market as a whole.“

Microsoft’s Activision Blizzard acquisition approval has been delayed in Australia and Japan. The US has to decide by the end of this month, UK and EU have 4 months to do so, and China has to decide by June 2023.

Moreover, European Commission would open an in-depth investigation of the acquisition. EU fears that the acquisition may cause reduce competition in the gaming market:

“The Commission is concerned that the proposed acquisition may reduce competition for the distribution of console and personal computers (‘PCs’) video games and operating systems.”

What are your thoughts on Microsoft’s Acquisition of Activision Blizzard? Is it taking too long? Will Microsoft be able to convince all regulators? Place your thoughts in the comments section below.