Narrator For Lead Female Role In GTA 6 Is Confirmed

The most popular GTA series is finally on its long road to welcoming the next iteration in the series, GTA 6. Just right after its official announcement, there are lots of rumors in the air about the upcoming most anticipated game. This week alone, more than 90+ videos were leaked by hackers, later confirmed by Rockstar Games.

Now we have more details about the game’s main protagonist, as the narrator for the lead female role has been revealed in the IMDB listing.

The top cast section of GTA 6 listing on IMDB has featured Alexandra Echavarri as Narrator for the female protagonist. She is well-known for her lead role in movies like Soaky Sandra, The Red Sweater, and Breaking the Silence. 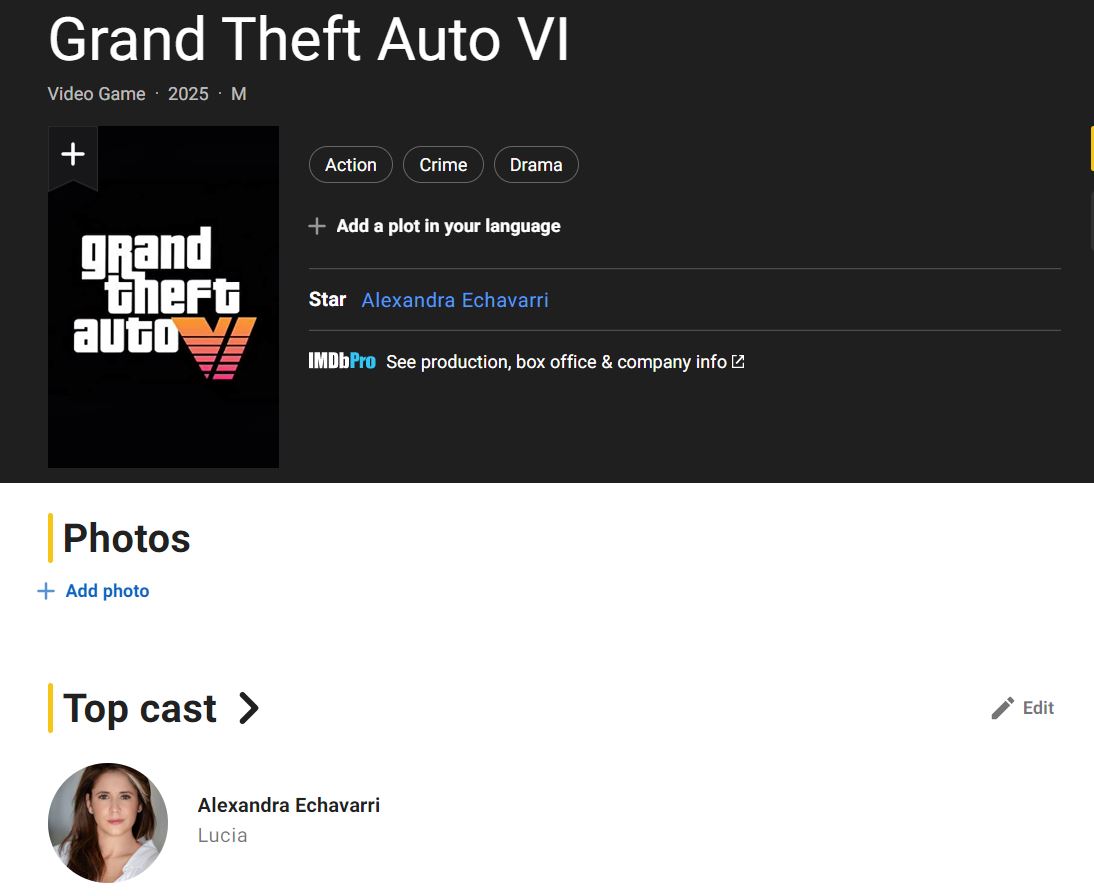 Alexandra Echavarri has recorded several voiceovers, commercials, and many Sketch Comedy shows across NYC at The Pit, Broadway Comedy Club, UCB, and The Magnet. In GTA 6, she will be doing voiceover for the game’s main character, Lucia. The game will have two main characters for the first time in the series; Lucia appears to be The Latina woman in a story inspired by Bonnie and Clyde’s bank robbery.

Alexandra Echavarri has also done voiceovers for Tampax, McDonald’s, and a few other famous brands during her time in New York.

Currently, Alexandra Echavarri is in Puerto Rico writing, acting, and producing an original comedy web series that has recently been officially selected for the Official Latino Film and Arts Festival.

Do you think Alexandra Echavarri is the best choice to narrate the story of the lead character? Let us know in the comments section.