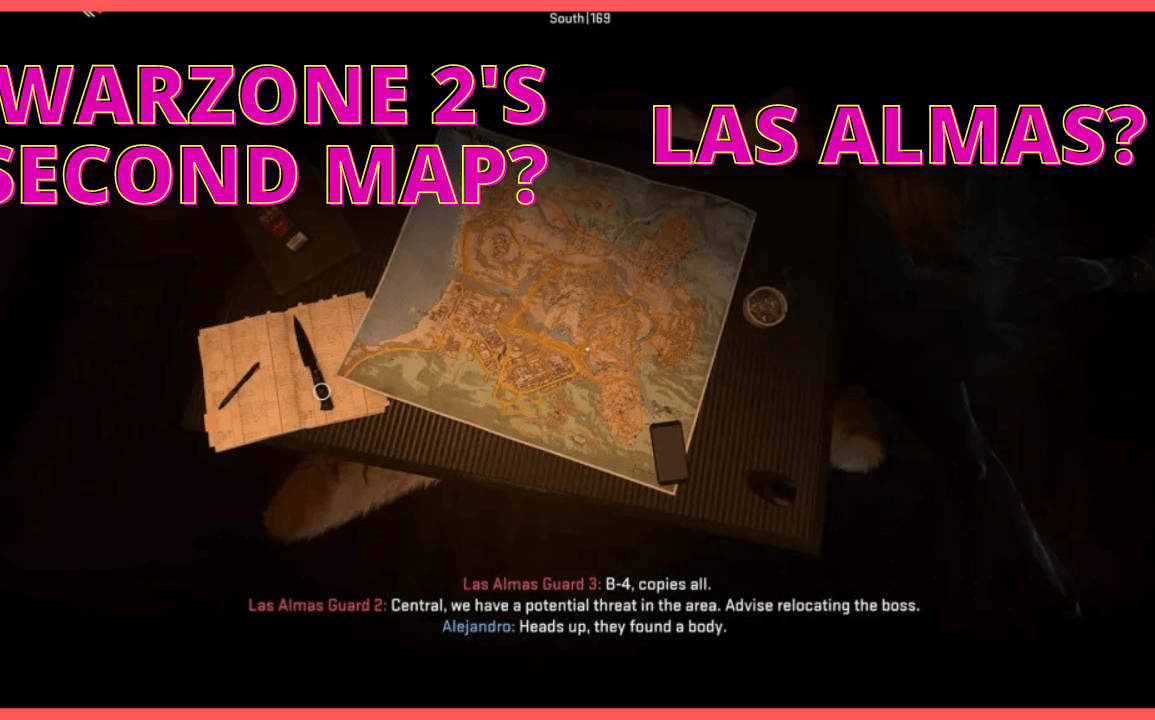 Las Almas Map Seems To Be Confirmed For Warzone 2

Las Almas is a large map with various terrains, mountains, lakes, and buildings. The players will be able to use the environment to their advantage while they try to be the last man standing. A certain area from Las Almas is also featured in the Modern Warfare 2 multiplayer with the name “Mercado Las Almas.”

From the below tweet, you can see that it certainly looks like a blueprint for a Battle Royale map. The map can be found in the “El Sin Nombre” campaign mission in Diego’s room. This easter egg is relatively easy to miss, so be sure to keep a lookout for it.

TheGhostofHope, a trustworthy leaker who has accurately revealed numerous details about Warzone 2 and Modern Warfare 2, earlier suggested that Las Almas might “100%” be a battle royale map in Warzone 2.

Las Almas is set in a Mexican village under the control of a particular Mexican cartel in Modern Warfare 2. It is a massive map with lots of rivers, mountains, and even an airport that looks to be an abandoned one. The map seems to provide a massive advantage to the players that love sniping in Call of Duty.

It’s highly unlikely that the map will be in Warzone 2 on the day the game is launched. As was seen in Warzone 1, players had to wait months before the second map was released.

But as the season’s pass, it is anticipated that Warzone 2 will eventually receive multiple maps. For example, Warzone 1 included a new Pacific area to coincide with the release of Vanguard.

Warzone 2 is set to release on November 16, 2022 – just 2 weeks after the global launch of Modern Warfare 2. The first map will be called Al Mazrah and feature areas such as “Terminal” and “Showdown”  from the original Modern Warfare 2. Regardless, Call of Duty’s fanbase looks pretty excited about Las Almas being a Battle Royale map in Warzone 2.