Xbox Made Over $2.9 Billion From Game Pass Subscription In 2021

Xbox game pass, released just five years ago, has made so much progress already that it has been a hot topic for a while. Though Xbox didn’t provide the exact figures of its game pass income, Tweaktown has decoded the document.

Microsoft is making a deal with Activision Blizzard for 68.7 billion. Though Brazil’s CADE approved this deal, they released a document file that shows the approval process and data, which reveals the money generated by Microsoft and its competitors like Nintendo and Sony.

As you can see below, Xbox Game Pass generated $2.9 billion from consoles in 2021. Based on data publicly available by Microsoft, Xbox gaming generated a total of $16.28 billion in 2021. 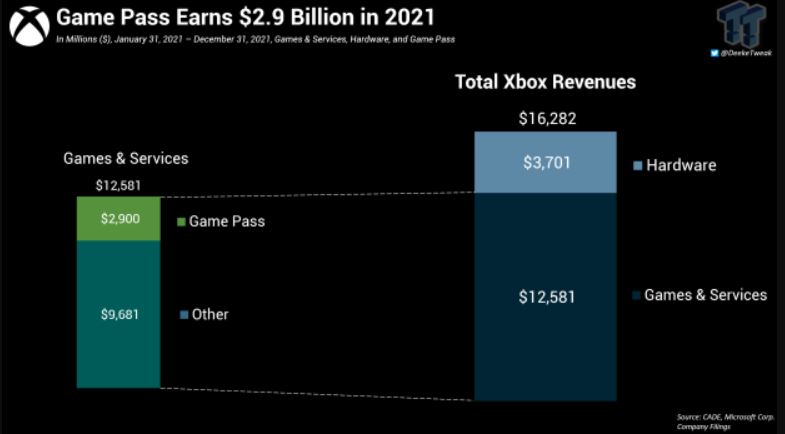 Additionally, though the picture is cropped, we can not see the profit Microsoft made. Revenue and profit are different things, but it is a considerable number. Xbox is making a deal with Activision-Blizzard, so the numbers are going to increase more and more. What do you think about the Xbox game pass? Please let us know in the comments.